Clarkson's is an independent, family firm owned by mother and daughter Carol Spalding and Sophie May. The company believes strongly in making sure every funeral service is individual to each client and their wishes and personality.

A beautiful service is not just about tradition, but about a celebration of someone's life and this is something we feel is the core of who we are.

Our team are always here to listen and help everyone throughout the entire process, to be there on the end of the phone at all times, to guide, to help and assist whenever we are needed.

Clarkson's Independent Funeral Directors was originally established as Jolly's of Bath. The name changed in August 2001 and the company has been owned since 2004 by Carol Spalding, and Sophie May, Carol's daughter, who became a partner in 2013, whose breadth of experience combined with the Company's independence from any national chain, means that Clarkson's is able to offer a high level of personal attention.

In 2012 we opened our second branch in Frome, Martha's House in Broadway, cared for by Mandy Lee, Funeral Director and Branch Manager.

In July of 2014 our third branch in Saltford was opened and is cared for by Alana Hurst, Branch Manager and Funeral Director with the lovely Paul Lawrance remaining on as a non-religious service taker.

A true family fire, Ian Marsh, Carol's husband has been a part of the business for several years. Being a true family firm was always something Carol hoped for and is delighted that this has been achieved.

To see what its all about:
http://fairfuneralscampaign.org.uk/

We are delighted to be members of the Good Funeral Guide:
http://www.goodfuneralguide.co.uk/directory/listing/clarksons-independent-funeral-directors

We are also pleased to be members of the Natural Death Centre who strive to keep clients informed as much as possible on all aspects of funerals and funeral directors to help them receive the best care.
http://www.naturaldeathcentre.org.uk 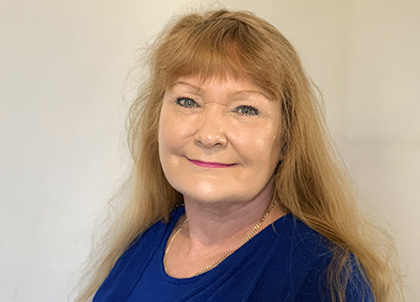 “At times of bereavement, you need to know that your nearest and dearest are being looked after in a caring and personal way.

My staff are available at all times to meet your needs and put your mind at rest should you have any concerns.

We embrace all religions and are happy to advise on non-religious services.

We are happy to see you in either of our offices or we are able to visit you in your home.

As a family run independent we are on the end of the phone 24 hours a day, seven days a week.”

We are a registered member of the National Association of Funeral Directors, and the Federation of Small Businesses.

Our website does not use cookies.
We do not track visitors, and we do not store or collect personal details.